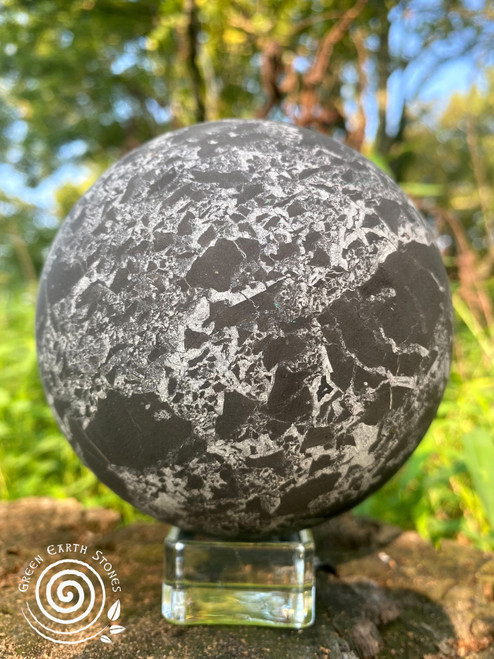 Shungite is a black, non-crystalline mineraloid that consists of carbon, silicates, and minerals like aluminum, iron, and others, it is often referred to as the "Stone of Life". It was first discovered from a deposit in Karelia, Russia. Scientists have reported this ancient stone being over 2 billion years old and only found in Russia. It has been written that Shungite absorbs negative energy, purifies, normalizes, and induces recovery, and is a superior grounding stone. History writes the Russian King, Peter the Great erected a palace near the "magic" spring. Russian soldiers used Shungite to cure themselves of weak stomach, kidney problems, scurvy, and other ailments, it is also sold today as chips that can be used to purify water. King Peter ordered each of his soldiers to carry a piece of the stone in their backpacks for health use and protection. It is also used as a source of protection from electromagnetic radiation from computers, tv's, microwaves, cell phones, etc. A very interesting stone indeed!

(NOTE: The sphere shown is the one you will receive.